Have you ever stuck in the traffic? Had no place to go, and just wait for the traffic gone. This condition is the same situation with the movement of fluid inside reservoir rock. Imagine you are a motorcycle driver inside a stuck traffic. What can possibly “ease” your movement? The bigger the road, the easier your movement; the less the traffic (less “dense”), the easier you “flow through”; and the higher your speed (differential energy), the faster your movement. These all analogue to permeability.

“When the porosity is high, so does the permeability, which in the most cases they do and most of the case they do not”.

In this short bulletin, we will try to explain permeability from the most basic things. From Darcy Equation, what governs permeability, anisotropy, and Klinkenberg permeability.

A bit background story on permeability. Permeability is the intrinsic characteristic of rock, which discovered by France gentlemen named Henri Darcy (1856). Who was working as hydraulic engineer, and wanted to understand flow rate of water inside a sand pack, using simple experiment (Figure 2). He then found out that the flow rate across the sand is affected by its differential pressure between two points, the distance between it, and one intrinsic feature, which shown as different gradient (Figure 3). He concluded that the changed of water flux per area (Q/A) vs hydraulic gradient (HfL) will always constant (gradient=permeability=k).

This last factor is permeability (K), the measurement of connectivity. Or put in the simple words, how easy the fluid will flow across the sand. This is an important factor in reservoir performance, since the rate will be highly affected by how high the permeability is.

Later after Darcy, people tried to improve his equation (just like Archie’s). Viscosity is added into the equation, as factor that Darcy simply do not matter, because viscosity of water is 1 centipoise (unit for viscosity).

However, in petrophysics, this cannot oil and (especially) gas are much lighter than water (<1cp). Another interesting point to add, is that “Darcy” is a unit for permeability which we seldom use, due to the fact that 1 Darcy (D) is too big in majority of oil and gas reservoir. In oil and gas industry, people tend to use milliDarcy as unit (1D=1,000mD), simply for a practical use.

Up until now, Darcy’s equation has been used as a way to measure permeability by knowing the differential pressure (ΔP or in this case is Δh, pressure is hydrostatic pressure=ρgh), dimension of the sample (L = Length; and A = Area), and viscosity of the fluid (μ).

Now that you know about Darcy Equation, if somebody asked you “what parameters/factors that affect my permeability in reservoir”? You are probably going to answer as per Darcy’s equation. It was pressure, viscosity, etc. However, that was right and also wrong. Here is why:

We knew from previous edition of PTR-101, that pore throat plays a big part in determining rock permeability. So the answer to that question is: pore throat, or you also can say grain size. Not pressure, viscosity, or length. Those parameters in Darcy such as pressure, viscosity, length, and permeability, are what determine the flow rate, where permeability becoming a “factor” not an affected variable. So, if we are talking about what affects permeability, we could not take it from Darcy’s equation. That was correct mathematically, but wrong in petrophysical logic.

“So, if we are talking about what affects permeability, we could not take it from Darcy’s equation. That was mathematically correct, but wrong in petrophysical logic”

This property makes permeability extremely important, not only because it determines the rate of the fluid but also its heterogeneity. This is a determining factor, especially when dealing with increasing recovery factor of one field. A good understanding about permeability anisotropy in a field scale is fundamental (Figure 4). With a high vertical permeability bottom aquifer could be connected to hydrocarbon zone. Making its recovery less, as more water comes from bottom aquifer

“Porosity will always be the same no matter what the direction is (isotropic), while permeability will not (anisotropic).”

A simple explanation is that the gas is compressible fluid. Unlike liquid such as water (which is incompressible), properties of the gas will highly depend on the pressure acting on it. That is why Klinkenberg saw discrepancies between liquid permeability vs air permeability. Because in ambient condition vs reservoir condition, the pressure will not affect liquid. While on the other hand, gas or air in ambient condition vs reservoir condition will be very different.

“This was meant to simulate the condition where gas can be liquid, which is a very high pressure condition”

There it is, the very basic idea of Klinkenberg Permeability correction.

This is a mini bulletin of SPWLA Indonesia Chapter. This bi-weekly bulletin is intended to be a refresher in Petrophysics. Each topic is selected randomly, could be the basic, advanced, or autobiography of petrophysicist. This series is meant to be a fun-simple way to understand petrophysics. Aim Small, Miss Small! Targeted for student, active petrophysicist, or anyone with curiosity and eagerness to know a bit about petrophysics”. 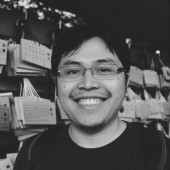 Aditya Arie Wijaya is an active petrophysicist. Born in Tenggarong, Kalimantan Timur. Graduated from Geological Engineering of UGM and started as petrophysicist ever since. Currently working as Well-Log Analyst/ Petrophysicist in Halliburton. Kuala Lumpur, Malaysia. Also volunteered Head of Publications Division in SPWLA Indonesia Chapter in Jakarta, Indonesia. He is an active consultant for Battery Percussion Marching Band UGM, as a part of his hobbies. He can be reached at LinkedIn and Facebook, Or Email at aditya.ariewijaya@gmail.com.

We congratulated to all articles that had been sub